The word skinhead usually conjures up swastikas and other race hate memorabilia but skinheads were not always sutured to racist politics or ideas, in fact, many of the racists that came into play during the late 1980’s and 1990’s shaved their heads to look more intimidating and had nothing to do with skinheads per se at all. 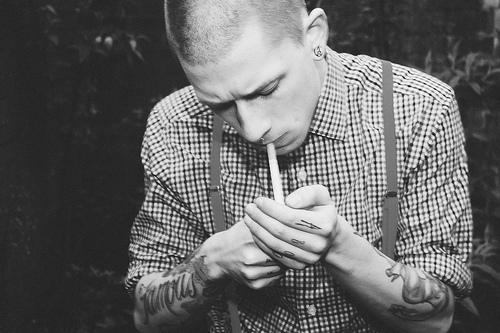 That said, the damage was done – it is rare to see or hear about skinheads these days without the shadow of racist violence clouding the field. But anyone who ever was or who ever knew a real skinhead, ‘back in the day’, will know that skinheads are about class, not race and if anyone bothered to check out early music and dress, they would see that it was originally imported from rude boy reggae to become ska which has a black/white crossover as its poltics and insignia.

Mis-representation aside, there are a few films about skinheads around – most of which do indeed buy into the racist landscape – but are nevertheless interesting either for their depiction of the (sub)culture and the inherent violence and/or offering some insight or commentary about where such anger and frustration originate. The most famous is probably ‘A Clockwork Orange’, so much so that i’m not going to consider it here, I am going to look at more modern renditions and make a few comments about how these texts stack up to my own personal experience/s – which was more ‘baggy trousers’ than ‘national front’.

Don’t get me wrong, i’m not denying there is a now- permanent link between skinheads and race – what I am saying is that it wasn’t always that way and it wasn’t my personal experience (although I saw plenty of asshole racists that attached themselves because they thought otherwise). I’m also not suggesting that these are the only films available about skinheads – far from it. But these are probably the best-known 3 and they represent the UK, the US and Australia (my stomping ground) respectively so I think it’s a fair overview. 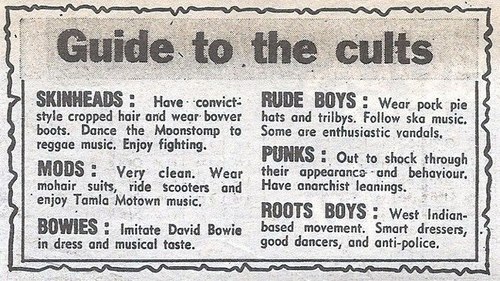 One criticism I have of all three films is how the skingirls are portrayed; in American History X and Romper Stomper in particular they are shown as shallow sheep who are simply following the boys. The girls do have more agency in ‘This is England’ but it’s still primarily a text about masculinity and male relationships with the girls portrayed as sexual objects – and not particularly desirable ones at that. I get that skinhead culture is perceived to be primarily masculine  but many skinhead and punk girls are there for the same reasons as their male counterparts – because they are looking for different ideas, a different way of expressing themselves and they are angry at what the world has come to (ok, getting off my soap box).

Probably the most well-known due to being a US film and starring Edward Norton. This is definitely a film about race and the perpetuation of violence that accompanies racial hatred. 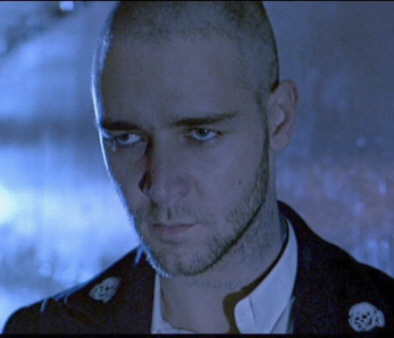 One more – just because he looks so fine here . .

In the mood to Moonstomp?

If you are interested in having a look at some great photos of skins, check out the Tumblr list here

For a great site about Oi! and punk with an excellent collection of new and archive footage, see Big Al’s blog –  Loud Proud and Drunk 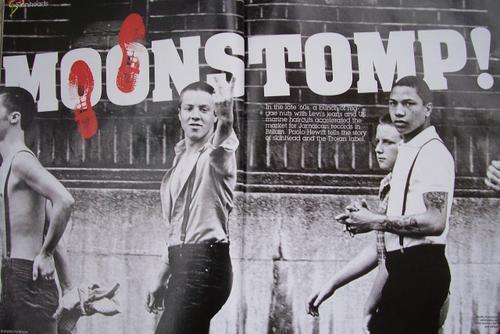 The Specials “Skinhead Moonstomp” – a great clip that shows it exactly the way I remember it (LOVE Terry Hall throwing his tambourine at a bouncer who is trying to keep the audience off the stage .. lol)

Disagree or think something else should be included?

Drop me a line.